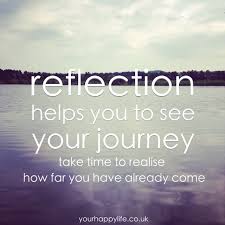 As I reflect on one of my work successes, I remember how I inherited a desolate team and a role described as a hospital pass, which would surely get me fired rather than work out in my favor. As I sat down at my assigned desk on the first day – in line with half of my team, facing the other half, in true open, collaborative space fashion – I could not help but notice that these people were miserable, and well, almost anxious. It didn’t take long to get a glimpse of the source of this anxiety.

While settling in, I started chatting with the team when one of the guys got a call on his cell. Immediately the atmosphere changed. The rest of the group became very quiet, as he tried to explain something, but not very well. Before my eyes, the confident young man turned into a stammering, unsure, and unhappy fellow.

It turns out this was the standard modus operandi. The client would call and either demand something be done or claim an explanation of something that was outstanding or at least not completed to their liking. He finished the call and proceeded to leave the office in a hasty trot heading over to the client’s office in another part of the campus to fix whatever was amiss.

In the following days, I learned that the client’s team and my new team were not on the best terms. Blame was passed both ways, and real communication was very low on the list. Since my team consisted of contractors, I also learned that multiple contractors had been let go without advanced notice (yes, of course, with T’s and C’s adhered to, but removed from the office with immediate effect). Everyone feared each time they visited the client that the walk over to the client would be their last. Reporting took weeks every month, taking focus away from the actual work that had to be done.

Over the next couple of months, it took a lot of dedication and hard work with the client in South Africa and the In-Country teams to turn the situation around. Each had their own specific requirements and issues, but they had one thing in common, however. When I met with each country’s Executives, they all said, “we’ve heard this before” when I committed to deliver the required projects. This made me even more determined to help this team and make a success of the role in the process.

I focused on making sure we removed ambiguity. We planned each deliverable in accordance with what was deemed possible for all parties involved. We held numerous sessions over five countries until planning was completed and agreed. We then remained close to the milestones to deliver them. Where issues arose, we negotiated again and worked through each item slowly and at times painfully until we finally got that item sorted. We reduced our monthly SteerCo reporting submission significantly by streamlining templates and reporting processes saving countless hours.

Building trust, sharing information transparently, and supporting each other, the team slowly started functioning as a single unit. We did a lot of team building and consistently stuck to our promises to take that team from broken to a successful, well-functioning team.

What made the win even sweeter is that not only did that team become part of my’ family,’ we managed to become friendly with the client’s team. We have formed partnerships with our In-Country stakeholders and became trusted advisors by working through the projects’ scope. It changed the view that the head office randomly changed the countries’ deliverables without considering the countries’ needs. Respect and consideration helped form the bond that would eventually surmount most problems in resource-strapped country teams.

Through collaboration and communication, we built a structured portfolio where nothing existed before.

It makes me proud to know that I made a difference in some people’s lives. I am pleased to know that providing people with leadership and support will give them the confidence to change their reality. And I am proud to know that I changed this portfolio – like many before, into a success that benefitted the company I worked for. 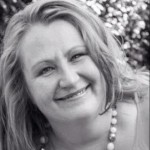